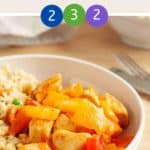 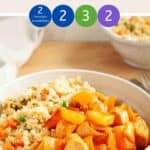 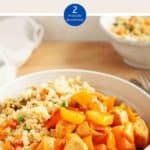 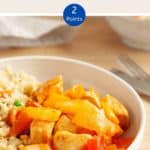 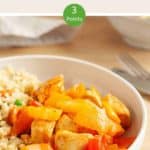 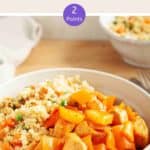 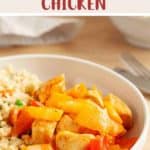 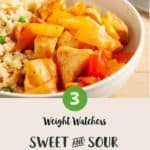 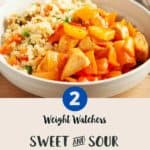 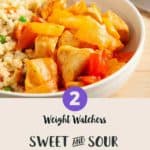 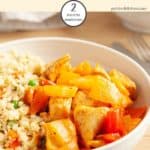 Serve it with Zero Point Egg Fried Cauliflower Rice and you have yourself a delicious and wonderfully low SmartPoint meal.

So, to be perfectly honest the first time I heard about this recipe I was pretty suspicious about one of the ingredients in it!

The Wellness Coach from my local WW meeting has been talking for sometime about making a chicken dish using a can of diet Fanta!

She raves about it!

But, I've always found the thought of  it a bit, I don't know, bleurgh!

However, a few months ago I was craving a Chinese takeaway, didn't have the spare points to order one in, so I relented and tried out a diet Fanta Sweet and Sour Chicken.

And do you know what, despite my reservations, I really liked it.

And it is so much lower in SmartPoints than ordering a Chinese takeaway or opening a bottle of shop brought sweet and sour sauce.

Over the last couple of weeks I have been playing around with recipe trying to make something that is as closely authentic to Chinese takeaway Sweet and Sour Chicken as I can.

I have also tried it with assorted ingredients including honey and ginger (both of which were nice) but this is my favourite variation.

It reminds me of the Sweet and Sour Chicken dishes that I used to eat in the early '80's when Chinese takeaways were all the rage!

Serve it with Zero Point Egg Fried Cauliflower Rice for a fantastically satisfying dish of food.

If, like me, you sometimes crave the sweet taste of takeaway food but don't have the Points available, then you may be interested in these recipes.

These easy Chicken Tenders are my go to fakeaway 'fried chicken' recipe. This Chicken Tikka Masala is great if you're not in a rush (it takes hours to marinate & cook) and these 2 ingredient dough Garlic Naan Breads are fantastic served alongside. 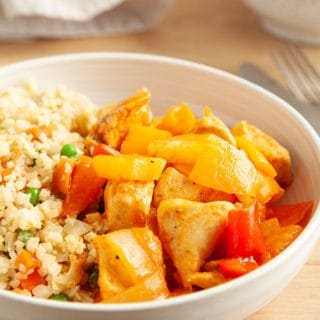